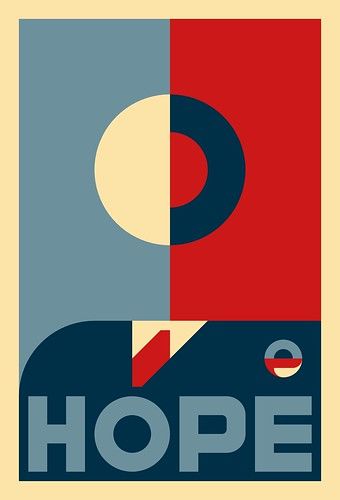 The Barack Obama “Hope” poster is an image of Barack Obama designed by artist Shepard Fairey, which was widely described as iconic and came to represent the 2008 Obama presidential campaign. ~Wikipedia

Side by side with the original artwork by Shepard Fairey: 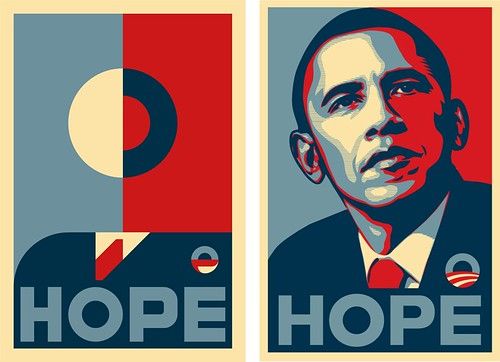