San Francisco, Is Tech All There Is?

Everybody talks about all the changes the city of San Francisco is undergoing. All the good things that are disappearing and all the not so good things that are taking their place: Google busses, evictions, sky high housing market, neighborhood gentrification. The list goes on an on.

The surprising thing, though, is hearing people talk about San Francisco as this technology focused mecca. That’s not my city. 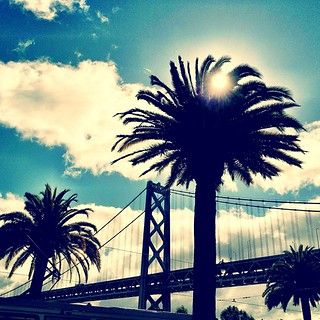 In a recent New York Time’s article two writers discuss why they are abandoning San Francisco (spoiler: it’s because of all the tech):

Living in San Francisco is a predictable affair. Each day you awake to layers of fog, the temperature is always the same, and as you travel the city, you bump into one tech-related thing after another. Twenty-somethings working on MacBook laptops jockeying for power outlets in a crowded cafe. Entrepreneurs on street corners pitching venture capitalists about their new photo-filter apps. And people talking about tech everywhere: at breakfast, lunch and dinner, and even in bathrooms.

[…] I always felt that San Francisco was a bit too techie, even for me.

There is so much more to this city than technology.

I just recently went to a night at the Academy of Sciences where I saw no one talking about apps or taking photos with their Google Glass. With Pride around the corner it’s hard to forget that this is a city that loves to celebrate in the streets (Bay to Breakers, How Weird, Fillmore Jazz Festival…). Golden Gate park is taken over almost every weekend with some party or another (Hardly Strictly Bluegrass, Outside Lands, …). We have open studios, a lively Castro theatre, many international and independent film festivals, theater and music performances plus a multitude of underground talent too long to list here.

San Francisco is changing and I would argue that’s a good thing. You’ll get out of this city what you look for in it, but don’t assume that’s all there is. 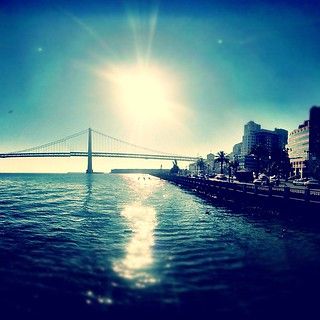